We tend to imagine the desert as an empty environment where there is no place for plants or animals. However, the reality is that, despite the fact that these are ecosystems where the variety and quantity of life forms is more limited, there are species that have adapted to these environments, especially characterized by their extreme temperatures and lack of rain.

In this way, we can find a large number of plants specially adapted to these ecosystems and that, depending on each case, can be found in the different deserts that spread throughout many parts of the planet. If you want to know some names of plants that grow in the desert, as well as some of their most important characteristics, keep reading and we will tell you about it.

Plants that Grow in the Desert

One of the best known desert plants of all is the century plant or agave. It is a genus of plants that has more than 300 different species. It is a type of plant that is characterized by being constituted by a large rosette at its base, from which the different leaves grow, which extend in the form of succulent spikes with various thorns on their lateral limits.

The agave or century plant can currently be found in many warm regions around the world, although its origin is in the territories of Mexico and the southern United States . They do best in clay or volcanic soils. In any case, they are soils rich in iron. Likewise, it does not tolerate low temperatures, with 22 degrees centigrade (72°F) being its preferred temperature standard.

The Banana Yucca (Yucca baccata) is a desert plant that is related to the Mojave yucca or Spanish dagger, even if they belong to different species. It is an original plant from the Mojave desert, and its natural area of ​​influence is made up of the states of Texas, New Mexico, Arizona and California, and can also be found in northern Mexico.

It is a plant with succulent and pointed leaves, which grow from a common stem and develop from 30 to 100 centimeters in length, also standing out for its flowers, which grow from vertical branches that are born directly from the stem of the plant. Its leaves have a greenish color that tends to certain bluish tones, which is one of its most characteristic elements.

We continue with this list of desert plants and we stop to talk about the Ferocactus. Doesn't that name ring a bell? Surely its appearance does and you can see it in the image below.

It is one of the most characteristic cacti, since it is composed of a very rounded body that constitutes its main water store, which allows it to survive in the desert with ease despite the drought. The Ferocactus wislizeni or fishhook barrel cactus is covered by rows of thorns that, in fact, are its leaves, which also allows the loss of water by plant respiration to be reduced in this way. Its origin is found in the deserts of Sonora and Chihuahua, although today it is spread by different regions of the entire planet.

Due to its characteristic rounded shape, it is also called a barrel cactus, since those specimens that grow the most are reminiscent of this characteristic shape. It has flowers of different colors, although the most common are those that take yellow, pink or orange tones. The flowers grow directly on the surface of the body of the fishhook barrel cactus; they can appear individually or in sets of three or more specimens.

The Joshua tree, whose scientific name is Yucca brevifolia, is a relative of the Yucca baccata, with which it shares its location in the deserts of California and Arizona. In addition, it also has pointed and succulent leaves, which constitute its main water storage. However, unlike the Yucca baccata, the Joshua tree or Yucca brevifolia has greater ramifications, as well as a higher trunk that gives it an appearance that is more reminiscent of a tree than a desert shrub. It has a very slow growth, but it can live up to 200 years, in addition to reaching heights that exceed 10 meters in the case of the largest specimens.

The Mexican fencepost cactus, whose scientific name is Pachycereus marginatus, is one of the most characteristic cacti in the deserts of Mexico. It is easily identified due to its particular silhouette, formed by elongated and ribbed bodies that grow vertically with respect to the ground. It has the shape of a tree, growing from a common stem or trunk from which the rest of the branches develop. It can reach a height that ranges between 3 and 4 meters.

Its entire body is covered with thorns that are concentrated in the outermost ribbed areas of the plant. Its flowers are very characteristic, mainly due to the contrast of the color that the plant produces with the green surface, since they take on very intense orange or red tones.

Other Plants that Survive in the Desert

To finish this article of plants that grow in the desert, we offer you a list of the best plants for desert climate or semi-desert areas with very little water most of the year. Some are cacti, others are succulents, trees and shrubs, and so on. 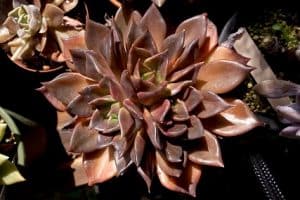 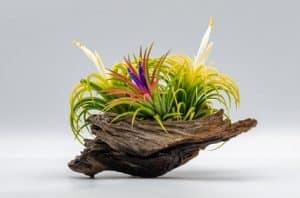 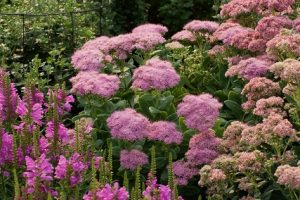 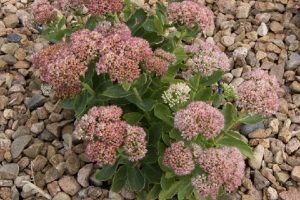