Lithops are like living stones, as so often they are called. They are true masterpieces of nature's adaptation to the conditions most inaccessible to life in desert areas. This article will help you understand the lithops life cycle, characteristics, and care.

The genus Lithops, belonging to the Aizoaceae family, comprises a very vast group of perennial succulent plants known as “living stones” or “stone plants” because they look like authentic desert stones. They are indeed native to the desert areas of southern Africa.

The plant is made up of two unique opposite leaves, fused into one so that they form a kind of inverted cone subdivided in the central part by a partition.

These plants are a true masterpiece of adaptation to extreme life, devising a whole series of mechanisms suitable for survival in desert areas:

These characteristics make Lithops plants particularly suitable to live on warm grounds, very bright areas and do not require much attention.

They are self-sterile plants, which means that the male flowers and the female flowers of the same plant do not cross each other, therefore many plants are needed to obtain fertile seeds.

There are numerous species of Lithops among which we remember:

The Lithops alpina is a plant characterized by greenish to gray leaves, unstably mottled with dark green. The flowers appear in early summer and are bright yellow.

Among the many species the Lithops lesliei is the best known and widespread for its leaves that remain flat, grayish-pink in color with reddish veins. The plant blooms in late summer producing deep yellow flowers with small red hues under the petals.

The Lithops aucampiae is a large species, actually reaching 4 cm in height and width. The leaves are irregularly colored purple-brown and the flowers are golden yellow.

The leaves of the Lithops bella are grayish-green variegated with darker green. It blooms in late summer and fall, producing white daisy-like flowers.

The Lithops optica is among the most recognizable species because its leaves are heavily incised and are dark gray-green color. The flowers are white and bloom in autumn. The variety Lithops optica var. rubra (pictured above).

The Lithops are very easy plants to grow and do not request special care. In regions with a temperate or cold climate, they cannot be grown outdoors since they are plants from desert areas, therefore with high temperatures and low humidity.

In consideration of the fact that Lithops species are many and the areas where they live are very wide, it is not easy to give general indications on how to cultivate it but we can give general guidelines that you will later adapt based on how you see them grow and develop.

In the first place, it must be said that the plants do not have problems with maximum temperatures while they are plants more sensitive to the minimum ones that should not drop below 5°C.

They want light, especially direct sunlight in that, if they do not receive it for at least 4-5 hours a day, they tend to lengthen, losing their compact shape. This happens because they also go in search of the “sun” and lose their characteristic veins.

Pay attention to the light filtered by the glass that could burn them (lens effect) so it is preferable that they be exposed to the sun either in the morning or in the afternoon, especially during the summer period (avoiding the hottest hours). It is best to find a position at home that takes this fact into account. Also ensure good air flow.

We are going to follow the LIFE CYCLE OF THE PLANT based on how it develops in nature to understand how we have to cultivate it.

The living stones, for most species, begin to grow and flourish only after the rainy season while during the dry season they remain dormant.

In late spring and until the beginning of summer the plant begins to enter into dormancy, a period in which intense heat begins in its places of origin and the rains are either scarce or absent, and to survive it uses the water stored in the leaf tissues. In this period it is necessary to significantly reduce the risks.

During the summer the plant goes into a real rest and therefore suspends all activities and therefore should not be watered. Only if we see that it wrinkles too much, water a little—but just a little, without the water going deep into the ground.

Around August – September the plant comes back to life and we know because the crack between the two leaves becomes more evident, “the plant opens.” In this period, irrigation is gradually restored. From the crack we will see a bud appear that will originate the flower. We will also see that two new leaves will begin to form, always from the crack, which will gradually get bigger and bigger.

When the plant withers, it is necessary to start reducing the waterings again until they are completely suspended towards the end of September and continue in this way throughout the winter—although it is a very active period for the plant because the two new leaves grow. However, they do so at the cost of water accumulated in the old leaves that we will see gradually dry out and become similar to wrinkled and empty pieces of paper, very evident in the photo on the Lithops optica, and can be removed.

It is important to let these leaves dry because if they remain beautiful and hard, they would prevent the development of the new leaves of the plant. During this period make sure that the Lithops is positioned in a place where the temperatures do not drop below 5°C, otherwise the plant could be seriously damaged.

At the beginning of spring it is necessary to resume the waterings, gradually and waiting for the ground to dry out between one watering and another.

For the irrigation of the Lithops it is necessary to follow the indications of the previous paragraph but in any case they must always be very moderate. You have to wait for the ground to dry out between one watering and another.

It is not easy to give precise indications but if we learn to observe our plant, it will be the one who will tell us when it needs water: if we notice that it tends to move away from the ground, it means that it needs water.

Lithops is generally transplanted every 2-3 years and the optimal period is when the old leaves have fully wrinkled and the new leaves have emerged. The pots have to be small but taking into account that they have a deep root apparatus in proportion to the plant, using a part of soil for cacti, a part of fine sand, one of perlite or pumice stone. For at least a couple of weeks after transplanting, keep it out of direct sunlight to give the plant time to adjust to the new arrangement.

It is important to place pieces of baked clay on the bottom of the pot to facilitate the flow of excess irrigation water since they do not tolerate puddles and thus the ground dries more quickly.

Position the lithops so that about 3/4 of the aerial part is above the ground and then sprinkle the surface with coarse sand or gravel.

Lithops fertilization follows the life cycle of the plant. Therefore, according to the irrigation periods of the plants, dilute a good liquid fertilizer in the irrigation water, halving the doses with respect to what is indicated on the product, only once a month.

The Lithops predominantly bloom during the summer period although many species also flower in the autumn period. The flowers last about a week and if they are pollinated (we take into account that they are self-sterile plants) the seeds mature in about four days.

If you want to try to pollinate your Lithops, use a soft brush with natural bristles that will first pass over the anthers of the flower of one plant and then over the stigma of another plant, taking care not to wet the flowers to avoid damaging the pollen. After some time, if the operation has been successful, we will see the capsule that contains the seeds develop, which must be left on the plant until it dries completely (it will take many months because the seeds, following the cycle of the plant in nature, will be in time for the rainy period).

During this period try not to wet the capsule or open it prematurely in another way. The following spring, take the capsule and gently remove it from the plant and lay it on a sheet of wet paper. After a few hours the capsule will open by itself releasing the seeds.

If the plant does not flower it could be due to the fact that it is not mature enough. In fact the plant only begins to flower when it is 3-5 years old.

The Lithops are not pruned. Only remove the leaves that are dried to prevent them from becoming a vehicle for parasitic diseases.

The best period may be either spring or autumn, periods when it is not too hot that could harm the young plants. Small pots are used, about 10 cm, and each one can contain from 20 to 80 seeds.

Use the same mixture indicated for transplanting, taking great care that it is well sifted (so that the thickest parts are removed) and fairly compressed and cover the surface with a thin layer of coarse sand. You can then place the Lithops seeds on the surface and then put a thin layer of fine sand on top. Then the pot is covered with a transparent plastic sheet, without sealing it, which will guarantee a constant temperature and keep the soil moist. To moisten the ground use a sprayer.

Place the pot in an area where there is good light but not direct sun. Every day, check the soil so that it is always damp and eventually remove any condensation water that has formed on the plastic.

After about a week the emergence of the new plants should occur. Then permanently remove the plastic and let the plants grow stronger, always keeping the soil moist, with good ventilation.

After about a month the plants should be sufficiently developed.

After about another 3-4 months the plants should have sufficiently fleshy leaves and more similar to adult plants. During this period it is advisable to also give a little fertilizer (halving the doses with respect to what is indicated on the product) once a month.

It is preferable to leave the plants where they are and do not transplant them unless the pot is too full of plants.

The name lithops derives from the Greek “lithos“, meaning “stone” and “ops“, meaning “face” in consideration of their resemblance to stones, from which precisely the common name of living stones or stone plant derives.

This is its characteristic, an authentic mimicry, particularly in their areas of origin since, the fact of being confused with the stones makes them almost invisible to the animals that would otherwise eat them not having, in those areas, other sources of food and water. 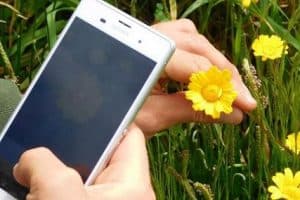