Why are cacti so juicy? Why do they have thorns? The cactus (Cactaceae) develop in very dry and hot areas with average annual rainfall of less than 200 mm and with temperatures above 45 °C. In order to survive in these extreme places, they have had to adapt. This adaptation is what gives them their main characteristics. Today we talk about the 6 cactus adaptations in the desert.

How do cacti adapt to the desert?

Among the most important adaptations of cacti, we would mention the following:

Cacti are succulent plants. Succulence is the ability of tissues to accumulate water. As the rains in the places where cacti usually grow are very sporadic, these plants find it necessary to store a large amount of liquid in their stems, which they can resort to in dry periods.

Example of succulence in cacti

As an example of fluid retention in a plant, we can use the saguaro (Carnegiea gigantea), which is the largest cactus in the world. A 1 tonne specimen of this cactus is capable of weighing up to 10 tons after a storm, which has absorbed about 9,000 liters of water. With this provision, it can withstand up to two years of drought.

Spherical or columnar stems of cacti

Pictured above is the mother-in-law's cushion or golden barrel cactus (Echinocactus grusonii). Another one of the adaptations of cacti is that they are little branched and that they have many thorns (spines).

The very shape of the cactus stems responds to the need to accumulate water. Most cacti have spherical or columnar stems, which give them greater volume with less surface exposure to air.

This gives them a greater reserve of liquids and less contact with the dry environment, which reduces the loss of water. This same purpose is also answered by the fact that most of them are little or not at all branched (they can be barrel-shaped, columnar, spherical, or shrubby).

The folds in the stems respond to the need to achieve a greater surface area with less exposure to the sun, thereby avoiding water loss. In addition, they act as true “bellows” allowing the plant to expand when it absorbs liquid. Hence, after much “drinking”, they present more rounded and less angular shapes.

The leaf spinescence is the transformation of leaves into spines, which occurs in all types of cactus, except those of the genera Pereskia and Pereskiopsis.

With leaf spinescence, evaporation is reduced and it is protected from attack by animals, which in many cases are forced to take advantage of the most vulnerable parts, such as fruits or seeds. In this way, these plants also ensure the dispersal of the species .

This transformation leads to the appearance of specialized areas in the place where the thorns are born, called areoles, in the form of indurations. These areas would be equivalent to the branches in the rest of the plants.

The appearance of hairs or pubescence in some of these plants responds both to the desire to reflect the sun's rays, to avoid dehydration or to protect themselves from burns, and to the intention of protecting themselves from the low night temperatures .

Species with pubescence usually live in high places where there are great thermal contrasts between day and night, as occurs in the Oreocereus genus, which lives in the Andes.

Given the peculiar conditions in which the rains occur, cacti have developed a very peculiar root system. Its roots are shallow, so when rainwater quickly seeps into deep layers of the soil, it is unattainable to these plants. But, as they have to absorb the maximum volume of rainwater in a short time, the roots, although shallow, extend a lot in length, thereby achieving a broad root system. Thus, for example, the roots of a 15 m tall saguaro can extend up to more than 20 m away from the stem.

This broad and superficial root system makes it possible to make the most of rainwater, since in environments where it is not abundant, water often does not penetrate the innermost layers of the soil. In addition, surface roots could also take advantage of condensed water at ground level (dew).

The particular photosynthetic process carried out by succulent plants, including cacti, explains how these plants have evolved to withstand extraordinary dry environmental conditions.

Most of the vegetables in the photosynthesis process need to open the stomata to absorb carbon dioxide and expel oxygen, with the consequent loss of water by perspiration. The cactus only open stomata at night, to avoid dehydration. Thus, gas exchange takes place in the dark.

Cacti expel oxygen into the atmosphere and absorb carbon dioxide, which remains in the form of acid (usually malic acid) until the next morning when the plant, in the presence of sunlight, will perform the chlorophyll function and extract the carbon dioxide from the acid to transform it into sugar. This process is called CAM (for its acronym Crassulacean Acid Metabolism), because it was observed for the first time with the crassulaceae. 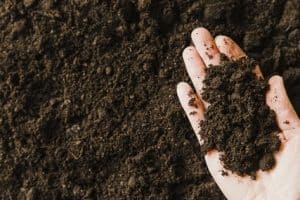 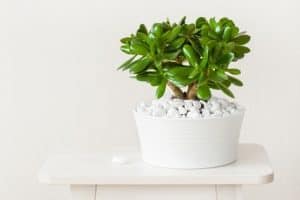 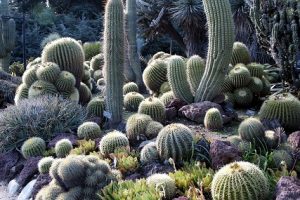 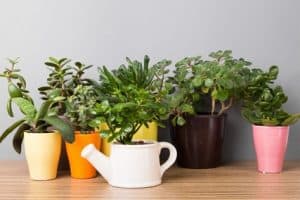