The Gymnocalycium mihanovichii is a cactus that grows as a graft on a host cactus. With its lush, glowing red body and white thorns, it is colloquially known as the moon cactus. The natural form comes from Argentina and Paraguay, and it looks like this:

Often the name “moon” cactus is used as a common name for the group, but in reality that name should only be applied to the yellow and orange clones. Neon cactus is often used as a generic name and seems a more inclusive name. The cultivar name ‘Hibotan’ has been attributed to the first orange-red introduction but is more sometimes referred to as ‘Red Cap’ or ruby cactus. Currently, there are at least 16 color variants of this type.

The standard moon cactus is not a single cactus, but a cross between two cacti. The moon cactus itself is a mutant that lacks the chlorophyll needed for a plant to feed itself through the photosynthesis process, or convert sunlight into energy. So this species is usually grafted on top of another form of cactus it feeds from. The grafted houseplant usually consists of a Myrtillocactus or Hylocereus that has been grafted with a Gymnocalycium mihanovichii.

How Big do Moon Cactus Get?

A moon cactus may not grow much taller than 12 inches (30.5 cm), depending on the type of base cactus chosen. Although there are several varieties of cactus that live up to several decades, the moon cactus has a fairly limited life span. Often the base cactus cannot support the whole plant for longer than a couple of years.

Such grafted cacti are typically small and rarely seen in pots with diameters greater than 4 inches. Usually the grafted tops are as broad as 4 inches across, with individual balls rarely larger than a golf ball. They have numerous offsets and branch freely.

Location and Care of Moon Cactus

The South American houseplant needs a lot of light and is therefore in good hands in a sunny location. In spring, summer and autumn it can be kept at a moderately warm to warm room temperature. In winter, during the resting phase, the moon cactus prefers temperatures between 16 and 20 degrees Celsius.

Provide the houseplant with enough water so that the soil can soak up. In winter you should water sparingly – unless you keep the moon cactus at a temperature of over 20 degrees Celsius. The cactus is in a growth phase between spring and autumn. During this time, you should provide it with cactus fertilizer every 14 days.

The recommendations below apply to the brightly colored varieties grafted onto Hylocereus. The forms that grow without roots can have other needs.

Location: A bright location is ideal, without the blazing midday sun of summer. Morning, evening and winter sun are welcome.

Substrate: Commercially available cactus soil can be used. The coarse-fiber substrate in which the moon cactus is often offered is not suitable for permanent cultivation.

If you want to mix yourself, use 2 parts of potting soil for each part of pumice gravel (or clay granulate) and bird sand.

Watering: The soil should only be allowed to dry out between watering. Waterlogging is not tolerated.

Fertilizing: Fertilizing is started at least one year after purchase or repotting. Liquid variants can be administered every 4 to 8 weeks from April to September.

Temperature: Gymnocalycium mihanovichii can be cultivated all year round at room temperature. In winter, temperatures should not be below 15 ° C for long periods.

The moon cactus can be propagated by removing and grafting daughter plants. Seeds of the natural form are offered in specialist shops. 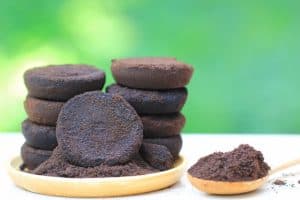 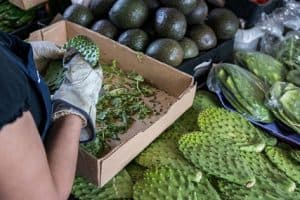 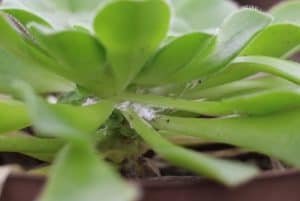 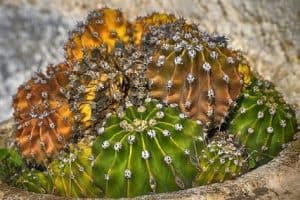 Why is My Cactus Turning Yellow? 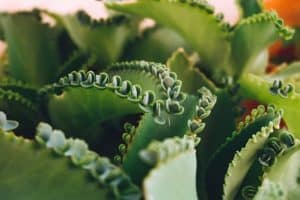