You stopped paying attention and all of a sudden your little rosette-shaped succulent has become very tall and completely out of proportion! Sounds familiar? In this article we’ll explain to you why succulents elongate and how to keep succulents small.

It’s happened to us several times before — we bought a small rosette-shaped succulent (like the one below) for the bedside table, and a few weeks later it suddenly wasn’t so small and cute anymore.

What was going on? The succulent suddenly appears to have grown in height with strange outliers on the side and discoloration in some places. That wasn’t intentional, of course. However, there appears to be a very simple reason behind this, which is therefore also very easy to solve.

Why Etiolation Happens & How to Keep Succulents Small

Succulents are plants that need very little water and also grow very slowly. Unless… the plants don’t get enough light. In that case, they go in search of light so diligently that they suddenly grow very fast in the hope of getting more light. In official terms, I’m talking about etiolation.

So succulents spring up into the air when they don’t get enough sunlight. First you will notice that the plant grows slantingly to a light source, often towards the window. After that, the plant will grow further and further lengthwise and there will be more and more space between the leaves and its original shape will soon change. The leaves often become smaller and lighter in color, as you can see below.

You should also know that the succulents more susceptible to etiolation are the more colorful ones. The more colors they have, the greater their need for lighting will be.

As such, the following succulents are more susceptible to suffer from etiolation:

Additionally, from an aesthetic point of view, etiolation is more evident in succulents that are shaped like echeverias, graptoverias, graptopetalum and graptosedum.

What to Do If My Succulents are Etiolating?

First of all, it is of course best to put the succulent in a place where there is enough sunlight, often in the living room for example. Do you have a dark bedroom? Don’t put it there then!

Is it too late and is your succulent already starting to stretch and become discolored? Unfortunately, it won’t be able to go back to its old size. But… Don’t worry. There’s a way to give your out-of-propotion succulent a new life by beheading it.

How exactly does that work?

One method of fixing stretched-out succulents is through beheading, which is a type of pruning method in which the tip or ‘head’ of the succulent is cut.

It is done, in most cases, for aesthetic reasons. By beheading succulents, the plant can retain its compact shape.

Remember that after beheading a succulent you must also give it better light conditions otherwise it will etiolate again.

After beheading your succulent, read this article to learn how to grow a new succulent from the cutting.

How to Drill a Hole in a Clay Pot 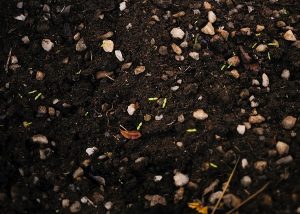 What is the Best Soil Sterilizer? 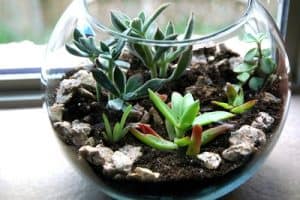 How to Plant in Pots Without Drainage Holes? 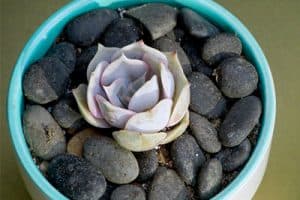 How to Keep Succulents Small